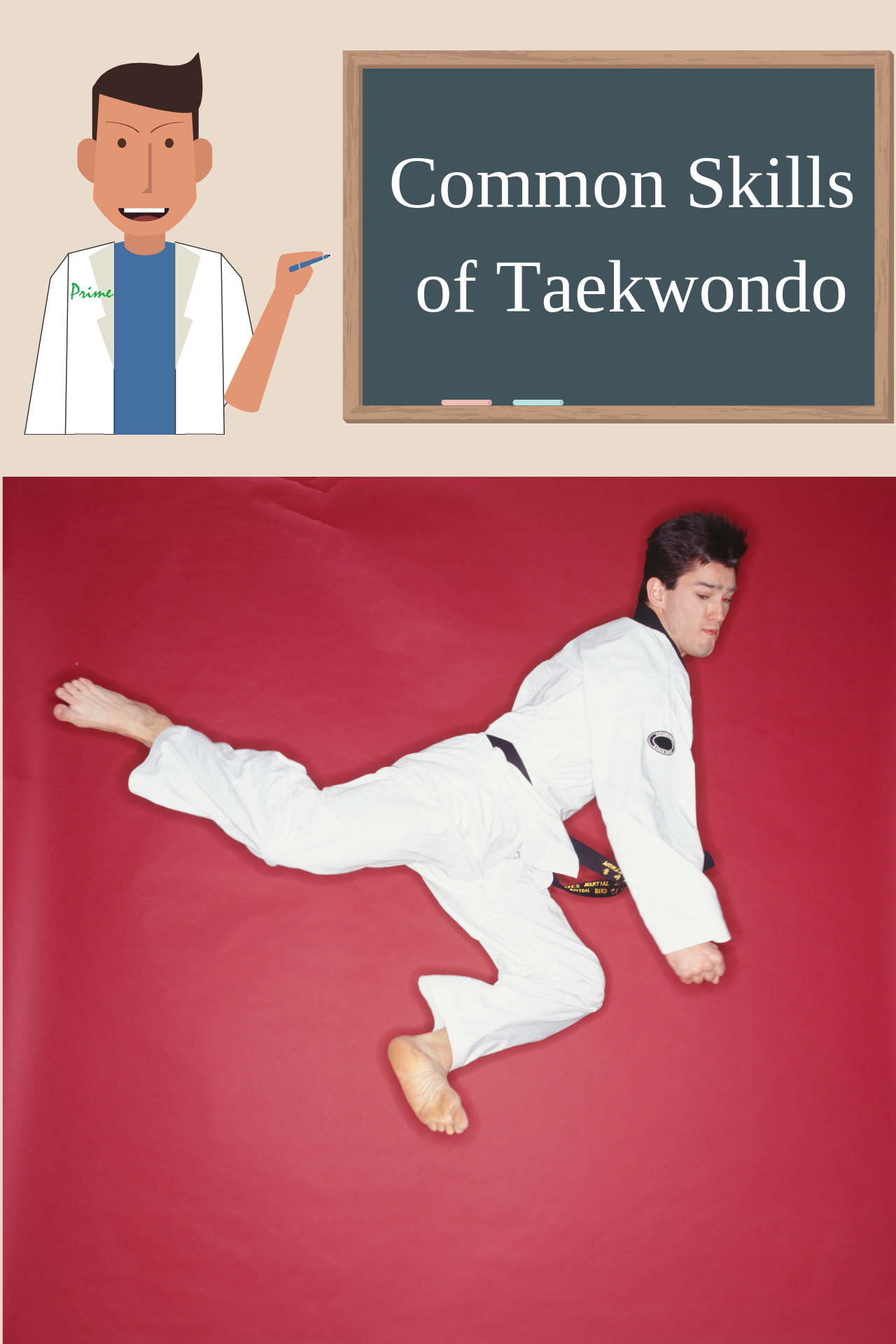 Taekwondo is a martial art which requires a high usage on lower limb muscles. Other than flexibility, other trainings are introduced to reduce the risk of injury and enhance performance.

Static stretching assisted with dynamic stretching is adopted as training for flexibility. Forward and backward circumduction are popular dynamic warm up exercise for hip joint. Dynamic flexibility and range of movement of hip joint is improved while muscle surrounding the joint is activated.

Static stretching including side split and front split are adopted to improve range of motion of hip joint. Side split stretches hip adductors which improves hip abduction and higher turning kick can be attained. Front split stretches hamstrings which allows larger hip flexion range and snap kick height is enhanced.

Agility training trains the ability of athletes to evade and counter. Shifting training is a way to train agility of athletes. Forward and backward shifting is the first step of shift training. Athletes can get used to the motion and aware the joint position during shifting which reduce the risk of sprain injury. Complicated movements like lateral and diagonal shift will be included in later stages to further improve agility in sparring setting.

To train reaction, target chasing and kicking on stationary target are two popular trainings. Target chasing requires athlete to chase a target while the target allowing a certain area for the athlete to attack. Such training can reduce thinking time of athletes to evade and attack. Kicking on stationary target requires athlete to kick on a stationary target after receiving a signal. This training can shorten reaction time to stimulation which can convert to quicker reaction to sudden change in sparring competition. Such improvement allows athletes to get use to sudden change in sparring competition and able to protect themselves.

Vacate and spinning are major components in high ranking kicking skills like 360 turning kick, 540 reverse kick and jump double snap kick. Landing skills are the first thing to be introduced to athletes and then vacating. Jump and landing is an elementary training to improve landing mechanics and promote reaction of muscles to joint movements in jumping and landing. The training acted as a springboard to vacate training with spinning as correct landing mechanics reduce injury risk in landing. Vacate training without kicking movement takes place to introduce the shift of center of gravity within jumping and spinning. Excluding kicking movement can avoid further change on center of gravity preventing injury. Kicking movement will be included in the last step to complete the movement. The movement should not be too vigorous to reduce the effect on center of gravity. Compact movements reduce instability in movement so injury risk is reduced.

/%postname%/
#
Sort Gallery
https://www.prime-rehab.com.hk/main/wp-content/themes/blake
on
yes
yes
off
off
Enter your email here
off
off
en